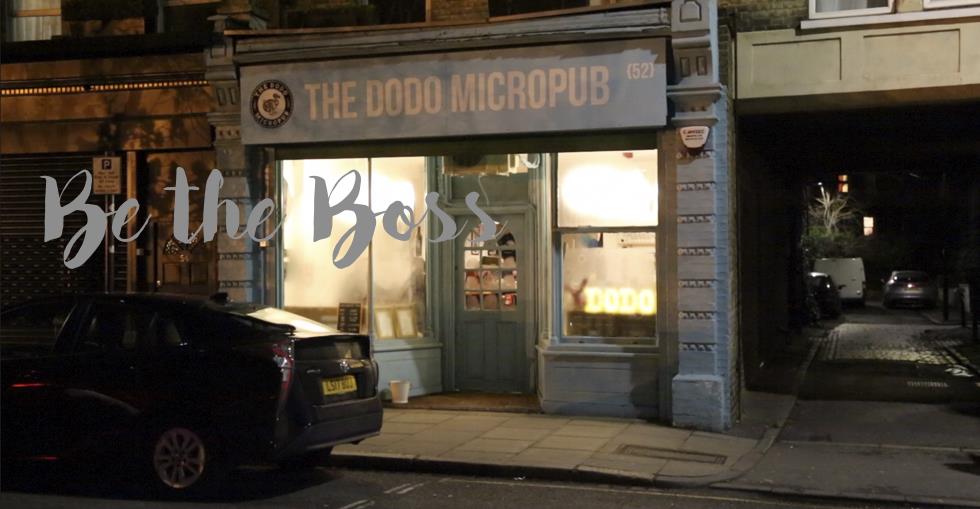 The Dodo Micropub has been going from strength to strength in its short lifespan. Read this to find out how owner, Lucy Do, managed this!

Lucy Do is the owner of the Dodo Micropub in Hanwell, London. According to Lucy, “The Dodo Micropub is a welcoming one-room community-focused pub.” There's no TV and no music. The pub is dedicated to people who want to try a new beer every time they come in and talk to other people, meet friends and make acquaintances.

Since she opened the business in 2017, it has gone from strength to strength. Part of this success comes due to the fact that she always had a clear plan for the business and its future from before opening its doors.

Read on to find out more about what it took Lucy to start a business and keep on track to achieve what she wanted when she opened her business’s door. 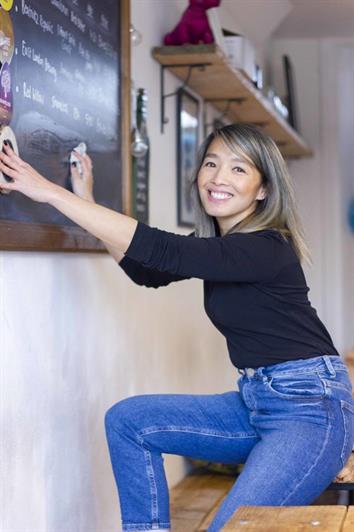 Stocking this kind of local and natural beer is part of what drew her to the idea of a microbrewery. Lucy had always known that she wanted to run her own business, but she was unsure as to what kind of business this was going to be.

“I went to my first ever micropub in 2014 in Deal, Kent and I just fell in love with the concept of micropubs. It was so warm and welcoming and stripped back. Really natural and easy-going and unpretentious and I was like, ‘why aren’t there any micropubs in west London where I live? You know, surely this is something that would work massively?’

“So, when we first opened the Dodo micropub at the end of January 2017, we were the first kind of small independent beer business I would probably say in the whole borough of Ealing,” Lucy says.

Lucy had always known that she was going to start her own business and, therefore, she had only been waiting for the right idea:

“I think I’ve always known deep down that I wanted to be my own boss. Sort of anti-authority- sort of! But you kind of get stuck in the rat run but deep down I knew I wanted to do my own thing I just didn’t know what that was going to be I assumed I would become a marketing consultant because that was all the skills I had but then I decided to do something completely different.” 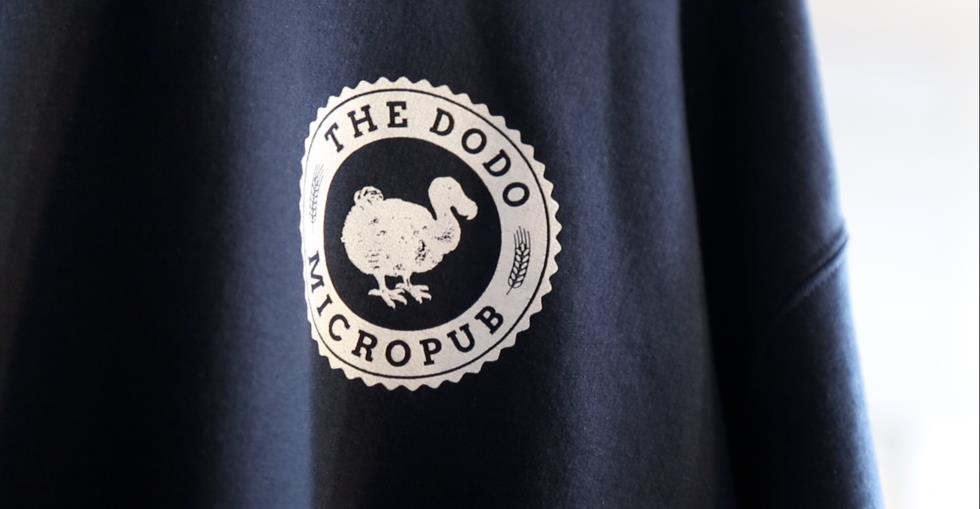 Lucy knew she wanted to be her own boss, but she knew that waiting for the right idea- one that combined good business sense with passion. Once she had settled on an idea, though, there was still room for doubt.

The task was intimidating, and she reflects that she did have worries initially:

“I was a bit panicked initially. [I kept] thinking, ‘yeah, this is going to be really tough because why would you come into a small little space when you’ve got like space and food offerings in a giant pub company that’s really well run?’ 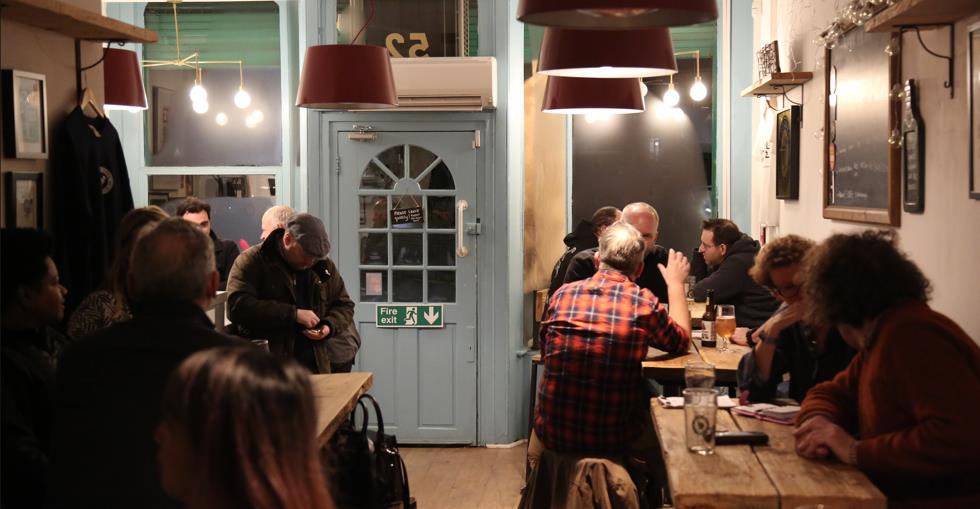 “I think because we are a community-focused pub you know the people that come in here, you genuinely have an interest in their lives, and you know what they're doing, and you see them throughout the year. We offer something different and people want to come to us because they like that we're a little bit niche and a little bit quirky.”

Opening the business, of course, was no easy feat and Lucy had to put a lot of work in in the beginning.

“So, the first … six to eight months of the Dodo micro pub were crazy. The challenge was that it was non-stop it was relentless. Every single minute of every single day was all about creating service running smoothly and there were just two of us me and my boyfriend at the time running the whole place.

“So, it was exhausting if I'm very honest. I don’t think I would want to own a business where I wasn’t hands-on, though. That is genuinely the most enjoyable thing about opening up your own pub and seeing the magic of a community pub coming together.” 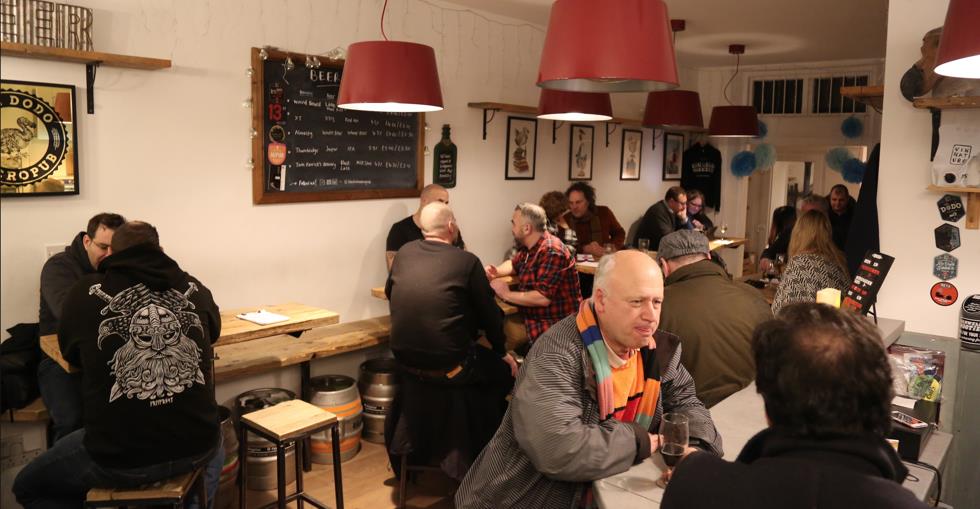 Preparing for the future

Lucy has a clear vision for the future and so each step forward is something she is prepared for.

“From day one its always been about multiple sites. I’ve said I want two pub sites within five years. So, the first year was really successful and I was learning how to run a business successfully. The second year, I took time away from day to day running and learnt about operations and team structures. So, the third year is applying everything I learnt in year two, hopefully, by the end of this year/ next year I can start thinking seriously about opening up another one.”

Lucy’s story is something that will probably inspire other aspiring entrepreneurs. The advice that she has for other potential business owners is this:

“To be very honest it is a challenge but it’s not as bad as I thought it was going to be. I would generally say ‘do it’. Obviously don’t be silly about it. Measure your risks and whether it’s a viable business model that you're thinking of. Just be brave and break everything down and just start. You know, good things can come from it. Fortune favours the brave! Good luck!”

Anthea Taylor is Content Producer at Dynamis and writes for all titles in the Dynamis stable including BusinessesForSale.com, FranchiseSales.com and PropertySales.com as well as other industry publications.

How to Run a Nightclub
Find out how to stand out from other nightclubs in this competitive industry.

How to Buy a Nightclub
If you are thinking of buying a nightclub, read this and find out how to navigate this fluctuating market.

How to Run a Bar
Read on to find out more about running a bar in South Africa!