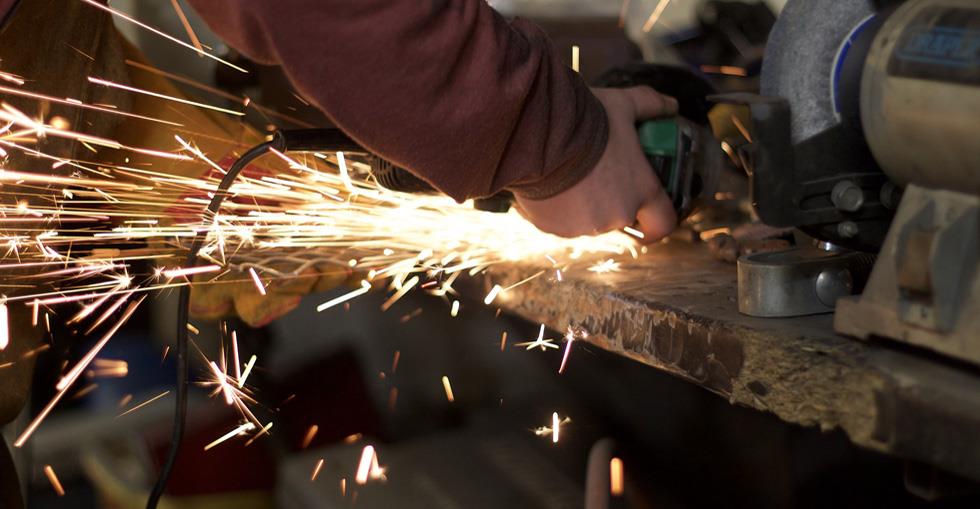 Manufacturing is still big business, despite what the papers say.

If you believe what's written in the business press, only a fool would set up a manufacturer in the UK.

The father of the Industrial Revolution has long since given up its status as a leading manufacturing power, and the once-proud automotive sector is effectively moribund, save for a handful of small-scale, niche manufacturers.

The economics certainly don't look good. Labour is cheaper in the former Eastern Bloc, and even lower in China and the other Asian manufacturing powers. The weakness of the pound in 2008 and 2009 brought some respite, but the drop in global demand limited how much headway UK exports could make.

Nevertheless, the manufacturing sector still accounts for a sixth of the UK economy and around a quarter of its exports, according to the Department for Business, Enterprise & Regulatory Reform (BERR). Although the sector has suffered in recent years, the government still sees it as a crucial contributor to the UK economy.

The BERR says: "The UK cannot compete on low wages, nor should we want to. The future of UK manufacturing depends on raising investment, and applying science, innovation, best practice and skills to create even better products."

While some newspapers might sneer at the popularity of media studies at UK universities, they overlook the increase in the number of chartered engineers over the past few years. According to the Engineering and Technology Board and Engineering Council UK, there were 8,018 newly qualified staff in 2005, an increase of 39% on the previous year and the highest ever.

Britain's biggest problem, many economists think, is a lack of investment and low productivity. France and Germany might have high levels of unemployment (although the situation is improving in Germany), but the average worker in those countries produces 30% more per hour than the average UK worker.

Most commentators blame this on a lack of investment by UK employers in training and up-to-date equipment. So the first tip for someone thinking about buying a manufacturing firm is that, in most cases, you'll have to pump money into processes and training to succeed.

Property trends are good early indicators of where the market is heading. "Metal-bashing is dead," says one agent active in the industrial sector.

"The only substantial requirements for over 10,000 sq ft are for light assembly, and the larger needs are all distribution and warehousing, rather than manufacturing."

But the lines between the two sectors are blurring. Businesses that might simply seem to be storing or distributing goods can actually be carrying out light assembly too.

Increasingly, this is a way to add value in a tight market. Importing goods in bits and putting them together using semi-skilled labour is - in some sectors at least - cheaper than bringing them in whole.

Food manufacturing is thriving, as are small workshops or factories dealing with high-specification or high-quality goods. It's no coincidence that companies such as Morgan Cars in Worcestershire are still making a profit, while the British 'bulk' auto manufacturers that prospered in the 1970s are all now in foreign hands.

Almost everyone setting up or buying manufacturing businesses has technical experience or training in a niche area. Typically, they are engineers with a great idea or business plan that they want to put into practice, one that perhaps has been ignored by their current employers or partners.

But while bank managers might be impressed with an engineer's CV and business idea, they'll still want to see a business plan steeped in the harsh realities of the globalised economy.

As with any business, you must ensure there is a market for your product. With Chinese and Indian businesses undercutting the British in so many sectors, manufacturing businesses must have particularly watertight 'USPs' (unique selling propositions).

The question to ask is: could this be made - and to the same standard - elsewhere in the world at a lower cost? If the answer is yes then you can't compete.

Profit margins can be tight compared to many other sectors, making operations very cost-sensitive. The price of raw materials can fluctuate considerably and profitable businesses can suddenly become loss-makers.

The price of steel, for example, has soared in recent years because China is buying so much for its colossal construction programme. Demand is just as unpredictable, as it is highly sensitive to fluctuating exchange rates.

Government support for manufacturing in the globalised economy is mixed. As a proportion of GDP the UK gives the lowest subsidies of any European country.

But it does support the high-tech end of the market, where the UK can benefit from its substantial knowledge capital, providing a host of tax credits and grants to the budding manufacturing entrepreneur. Often these serve to incentivise factories and workshops to locate in deprived areas, particularly former industrial belts in the north of England, South Wales and central Scotland.

While labour costs are lower in these areas, it can be difficult to find skilled workers. For particular sectors, such as electronics and pharmaceuticals, they are often concentrated in certain parts of the country.

The electronics industry in the Thames Valley, for example, took off because the presence of numerous military installations had resulted in a population with a high level of technical skill - just one reason why the south-east now manufactures more than any other UK region. Depending of course on what you are manufacturing, the availability of suitable skills can be the major factor in deciding on location.

Given the cost-sensitivity common among such businesses, it's lucky that property prices are usually low. 'Sheds', as they are known, tend to fetch only £3-£6 per sq ft, a fraction of the rent required for offices, shops or pubs.

You'd be forgiven for thinking that going into manufacturing would be suicidal. However, behind the negative headlines is an inspirational subplot: small scale, high-tech industries in the UK have the knowledge capital, government support and dynamism to compete and thrive internationally.

Jon is a freelance journalist and has done a substantial amount of work for Dynamis. Before going freelance he worked at Estates Gazette, and has written a number of articles for the Sunday Times, the Telegraph, the Independent on Sunday, Retail Week, The Grocer, Square Mile, and Regeneration.