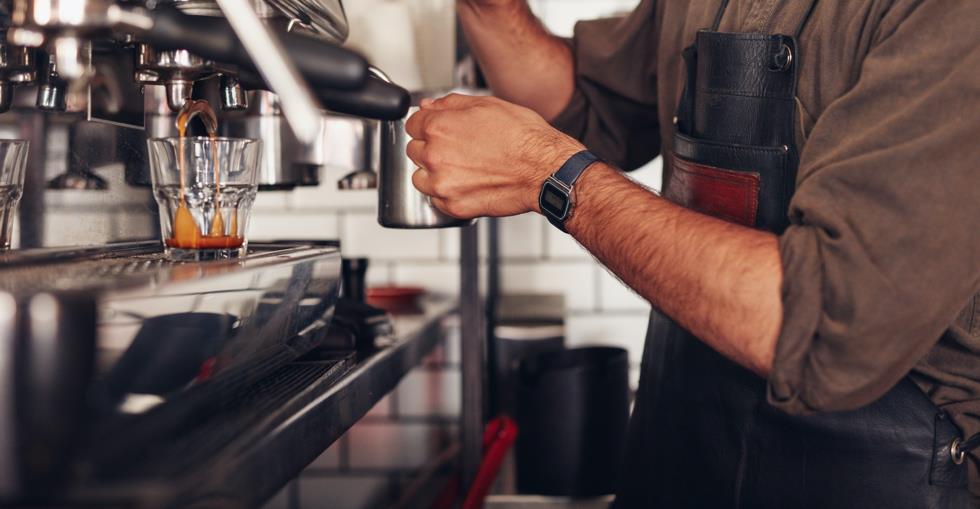 Sit down and savor these freshly brewed coffee shop stats, trends, and tips.

Whether it’s the hot pick-me-up that starts your day, the habitual stop on your morning commute, or the perfect non-date for when you want to catch up with an old friend, coffee is a daily pleasure for most Americans.

It’s against that backdrop that we can explore the coffee shop industry and consider important questions like:

A brief history of the American coffee shop

While humans have been drinking coffee since the berry was first discovered and cultivated in Ethiopia in the 7th century, most people wouldn’t have been able to conceive of the modern coffee culture just several decades ago.

In centuries past, coffee houses rose and fell in popularity in many areas around the globe. These professional establishments — created to make and sell coffee and give people a place to sit and enjoy it — enjoyed long runs across northern Africa, the Middle East, eastern Asia, and most of Europe at various times. 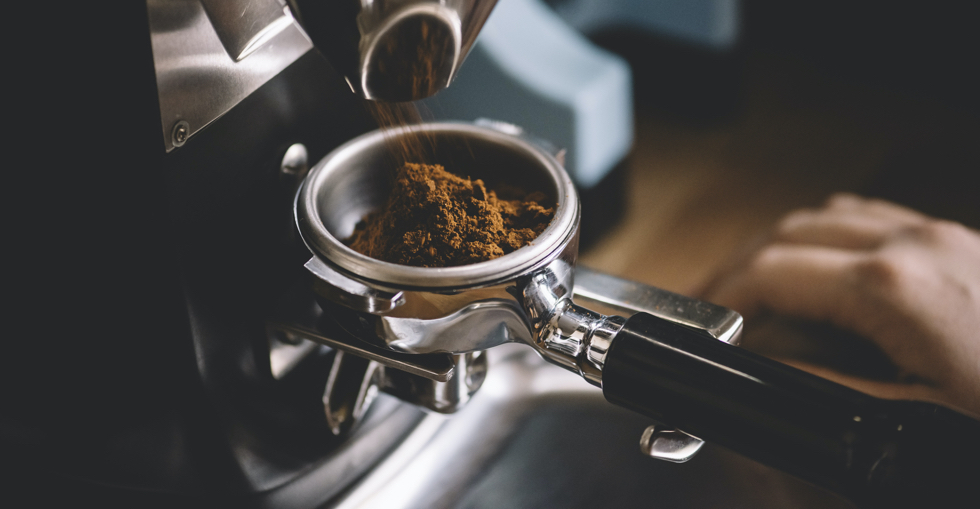 The U.S. was relatively late joining that particular party, but after The Boston Tea Party led to a near-boycott on traditional English tea, coffee became Americans’ preferred hot, caffeinated beverage, and we’ve never looked back. Coffee houses once again blossomed throughout the country for a brief time, although they were really more like bars that served coffee than the coffee shops we’re used to today.

Then, following the Civil War and the nation’s expansion westward, several well-known names like Folgers, Hills Brothers, and Maxwell House appeared on the scene with pre-roasted, pre-ground, and then instant coffee. These convenient options exploded in popularity among cowboys, gold miners, and other frontiersmen. Eventually, bulk packaged coffee became the preferred and recognized form and coffee houses all but disappeared once again.

14 years after three guys from Seattle opened the first Starbucks shop, they sold the name and their ridiculously popular coffee beans to Howard Schultz. The original shop opened in 1971 was designed to sell high-quality, freshly roasted coffee beans and equipment designed by coffee roasting entrepreneur, Alfred Peet. They would brew small batches of ready-made coffee to serve as free samples to customers, but the idea of serving large quantities of ready-made coffee a cup at a time never occurred to them. 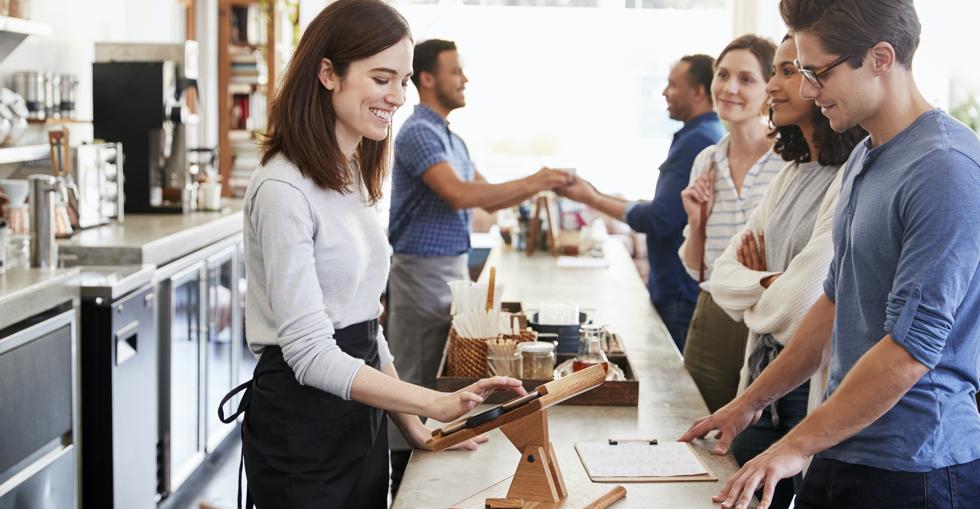 Schultz was inspired by a trip to Milan, Italy, where coffee bars were enjoying another renaissance. He saw thousands of Milanese every day, not just enjoying espresso-based coffee with fervor, but using these coffee bars as community meeting places where relationships were forged and business was done. He could foresee the same for American cities.

And so the modern American coffee shop was born.

Which brings us to the coffee shop industry we know today.

As it turned out, Howard Schultz was absolutely right about Americans enjoying the combination of high-quality coffee and comfortable surroundings just as much as the Milanese. The incredible growth and popularity of the Starbucks brand is proof enough of that fact. However, thousands of independent coffee shops have also popped up in nearly every U.S. city, all of them following Starbucks basic pattern.

Today, over 35,600 coffee shops are operating across the U.S., currently attributed over $45.4 billion in revenue annually. With anticipated growth of 2.8 percent, it’s expected that the number of coffee shops will top 40,800 within five years. By some estimates, that’s the fastest growing segment of the food industry. So, it’s reasonable to conclude that buying or opening a new coffee shop today would be a guaranteed win.

But, that’s not necessarily true.

It’s vital to note that, of that 35,600 shop total, over 13,300 are Starbucks locations. With over 39 percent market share, the original modern coffee shop is very much the 800-pound gorilla in the room. Other large chains like Dunkin Donuts and Tim Hortons — while not necessarily purely coffee shops — make up another huge section of the competitive landscape.

Even Starbucks struggles with the level of competition in this space. They announced they would be closing another 150 low-performing stores across the country in 2019, most of which seems to be based on an oversaturation of coffee shops trying to serve large but limited urban populations.

However, another key factor that impacts all specialty coffee shops is the fact that so many restaurants, convenience stores, gas stations, and fast food locations are now trying to capitalize on the nation’s taste for gourmet coffee and specialty coffee drinks. It’s harder than ever to differentiate your coffee shop since your customer can probably find that soy macchiato at the local Circle K. And, it’s probably $1.99 there whereas you’d need to charge $3.95, so competing on price is difficult too.

The keys to success

That all being said, industry figures and forecasts confirm the demand for specialty coffee drinks is definitely there. Local independent coffee shops that can effectively market their wares and build up a loyal repeat clientele are still doing very well, despite all the challenges outlined above.

Of course, like any business endeavor, success isn’t a destination, it’s just part of the ongoing journey.

Consumers consistently rate coffee quality as the single biggest factor in whether or not they return to a particular coffee shop. However, 43 percent of respondents in one survey acknowledged that they tend to go to the coffee shop that is closest or most convenient for them, so the location is of prime importance as well. If a coffee shop is situated where a large number of drivers and/or pedestrians will be passing by every morning, it has potential. 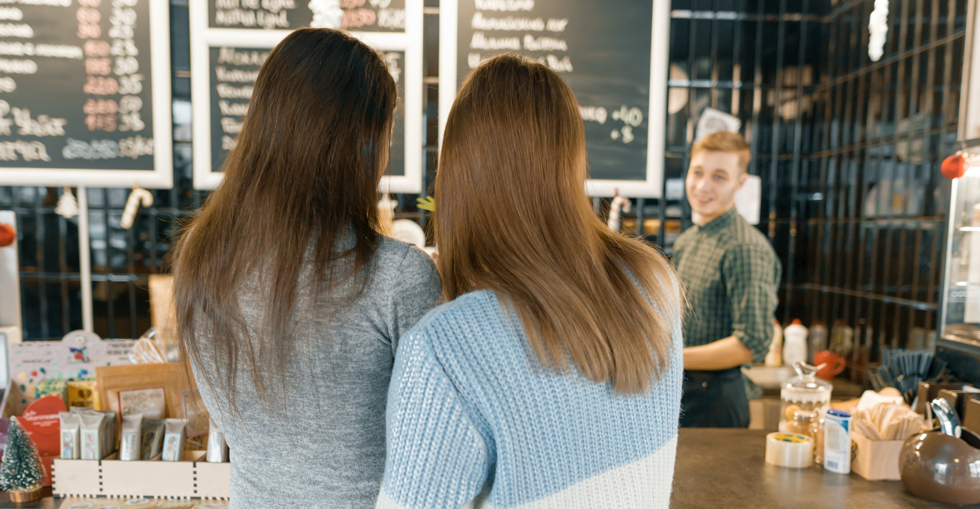 The following expert recommendations exemplify how you can differentiate your shop from the competition and make it more of a community destination:

What the future holds

As already noted, the coffee shop sector is expected to see strong growth for years to come.

However, success depends on several factors that go beyond recognizing how popular these businesses are. A successful coffee shop needs to be located ideally where there’s plenty of daily traffic, but where competitors are far enough away to ensure you’ll get the convenience crowd.

You’ll need to put effort into offering high-quality products and atmosphere while also differentiating your shop from similar locations nearby.

How to Buy a Coffee Shop
Don’t just create another grind you need to go back to. Learn how to buy the right coffee shop for you.

How to Run a Coffee Shop
Running a successful coffee shop goes far beyond brewing a quality cup of Joe.

How to Sell a Coffee Shop
Learn how to brew up the best sale for your coffee shop.